Fashion books and information on the 1960s will tell you the new decade came in like a breath of fresh air, after the austerity of the forties and the post war frivolity of the fifties a mythology has grown around the ‘Swinging Sixties’

Things were indeed changing, and yes, hemlines were rising but it was a more gradual process than the media portray. Florals were still very much in fashion in the early sixties, as were full skirts and petticoats.

‘Mend and make do’ was a groaning, dying dinosaur, fashion began to take on a more important role in the lives of younger people and was now intrinsically linked with the new music from bands like the Beatles, youth culture was growing and fashion for fashion’s sake picked up pace towards the mid sixties with clothes being used to express personality, aspirations and identity.

The older generation began to despair as they valiantly but hopelessly struggled to maintain control over their oftentimes rebellious offspring. London was seen as the place to be, leading the way into an exciting new world, however, it must be said – my own mum and her friend remember at the time walking the Kings Road in Chelsea looking for the ‘Swinging Sixties’ but they failed to find it – and so, disappointed and bored they returned home!

Lesley Hornby aka ‘Twiggy’ contributed to the changing face of fashion in the 60s. Thanks to Lesley, who was named ‘the face of 1966’ curves were no longer in fashion, she was a ‘thinspiration’ to a generation of women, with her exceptionally slender figure she presented a unique look that few young women could possibly attain. Here geometric pixie hairstyle gave an almost twenties vibe – the waistline had all but disappeared and the flatter chested appearance was now desired as it was in the 1920s. After the ultra accentuated feminine shapes of the 50s this was being hailed as a more androgynous look, blurring the gender stereotypes. 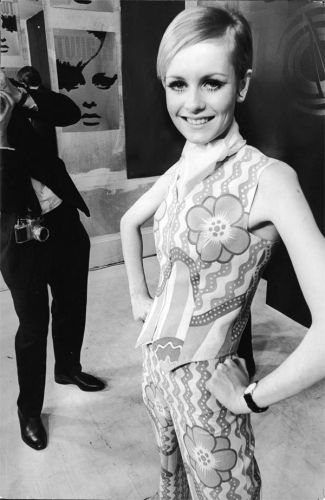 Twiggy the Icon of the Sixties

The 1960s A-line shift dress took over from the forties tea dress and the fifties circle dresses. There was a feeling of prosperity in the 1960s, teenagers had more money to spend than ever before and boutiques were springing up all over the high street. Barbara ‘Mary’ Quant was leading the way in innovative design and bringing her styles to the masses. Quant is best known for being the inventor of the mini skirt, although this has been challenged and it is believed that it was actually the designer John Bates who invented the mini skirt, the credit for it's name though is attributed to Quant who named the style after her favourite car.

Either way, hems had been rising slowly during the 1950s and as a result of the shorter lengths the 1960s hosiery adapted to take this into consideration. Suspenders and stockings were out, and all in one ‘tights’ or ‘panty hose’ became the only thing to wear on your legs. As there was rather a lot of leg to show in the 60s, nude was boring and so tights appeared in every colour imaginable including lime green, which was particularly popular!

Manmade fabrics remained popular, sweaty nylons, polyester and PVC was all the rage with Crimplene (manufactured by ICI) being the most desired fabric not only for dresses and skirts but for trousers too.  A textured material that was launched in 1959, it was simple to cut and sew with and easy to wear but not the most breathable of fabrics! 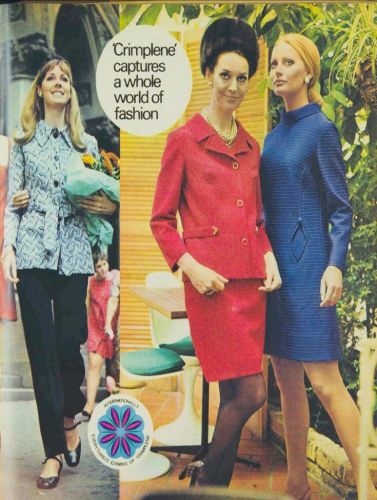 For the love of CRIMPLENE!

The key looks of this innovative decade included oversized sunglasses and specs, large plastic earrings in primary shapes and colours. Miniskirts and knee high boots were groovy companions and even better if the boots and in some cases the skirt) were in PVC! Chunky bangles for wrists completed the look.

Skinny rib sweaters were the fashionable way to keep warm in the chillier weather. Despite the popularity of shorter skirts, maxi dresses and coats were also exceedingly popular.

Sadly, as the decade wore on, hats became outdated, and were worn less and less, and gloves all but disappeared except on formal occasions such as weddings or for practical use to keep warm in the winter.

Needlework in schools declined with many classes stopping altogether, as the cost of ready to wear clothing went down and the ‘make do and mend’ mindset became virtually obsolete.

By the 1960s more women were wearing trousers and during 1963 whilst some of the older generation felt they were ‘unladylike’ when the pop singer Cathy McGowan wore trousers on Ready Steady Go they became an overnight sensation – and the latest ‘must have’ the style had shifted from wide leg look of the 1940’s to a narrow leg although pleated wide leg trousers and loose pyjama style trousers were available, it was the 1970s that truly embraced flares and bell bottom which became the latest trend and sought after look. 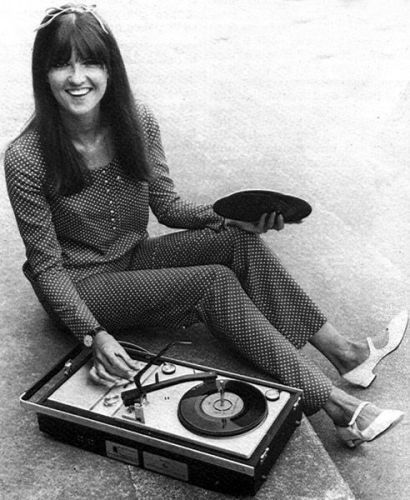 Many of today’s fashion styles can easily be adapted for a 1960’s look, to give your appearance a swinging sixties vibe work with your hair, makeup and accessories. A 60s beehive is deceptively easy to produce with some brave backcombing and a little bit of practice! Lashings of eyeliner and false eyelashes are obligatory if you want to embrace your inner Twiggy – keep lipstick pale or nude and let your eyes add the drama. 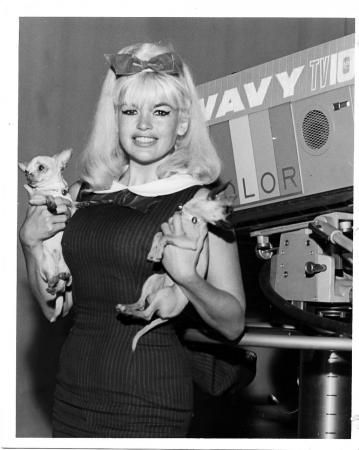 At Retro Daisy we can help you find your sixties chic whether you’re a Chelsea girl, a Quant devotee or more of a modern day Madmen fan or a sixties Legend  – Goodwood Revival and the 1960s is a match made in vintage heaven!

Some of our 60s looks for Goodwood! 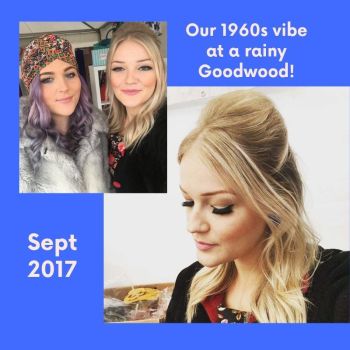 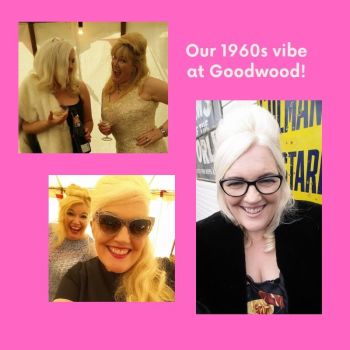 Whatever you choose to wear, whatever the weather... remember it's all about the FUN! 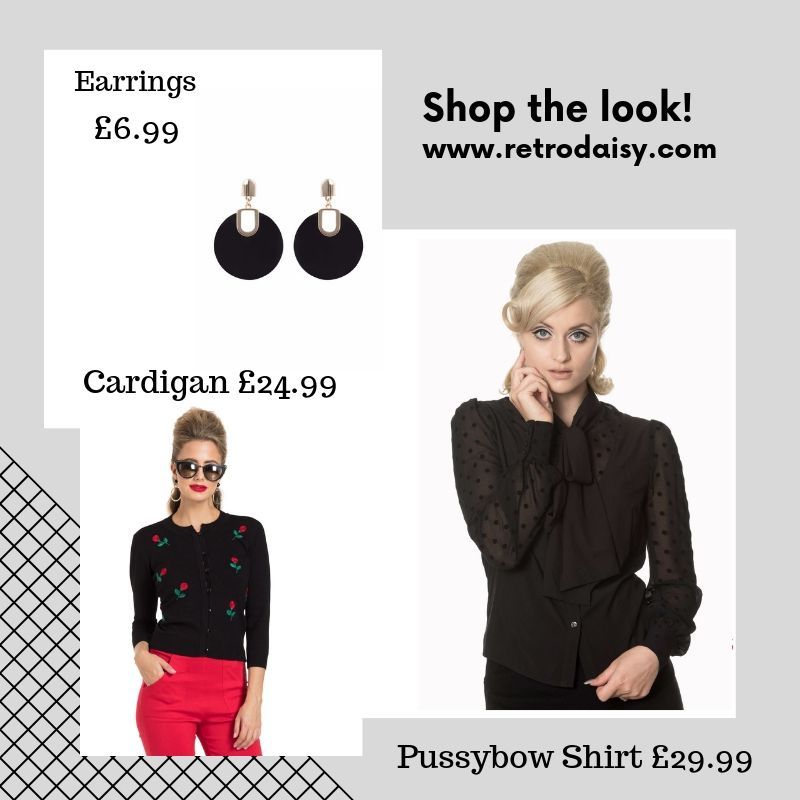